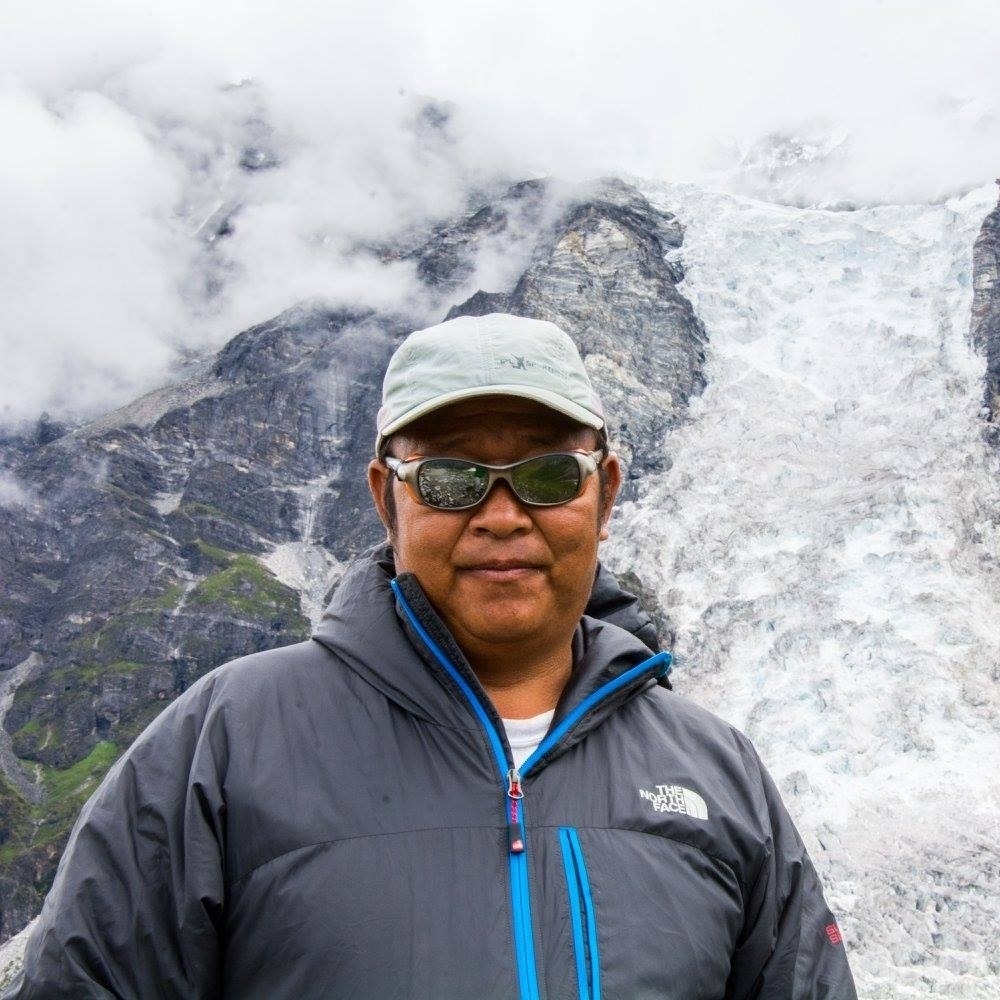 My Skill in 5 pills:

Rejoicing in the delicate and dreamy setting of Sankhuwasabha, Mr. Sherpa spent his childhood in awe of the details of his village that made it a gem under the watchful eyes of Mt. Makalu. His love for the mountains was never in doubt and abiding by his Herculean aspiration of making the beauty of Nepal known to the world, and he began on his mission early on. Delving into the tourism industry at an early age, he took his baby steps as a guide and began to develop his skills on the field. After years of effort, Everest Extreme Adventure was established, and since then, he, along with his company, has never looked back.

His experience of more than 20 years has been invaluable to the company and its success. Transmitting his aspiration and skills, he has led the company to be one of the biggest names in the tourism industry of Nepal. Also, a moral human being has helped the company take innovative steps to provide social-welfare services to the rural communities in the country. He has never been off-pace or derailed from his aim to be the best and certainly will continue to do so. Mr. Sherpa’s love for the glorious mountains took him to summit them again and again. His climb to Mt. Everest (8848m) is commendable as he summited this mighty peak not just once, but four times in 2009, 2010, 2012, and 2018. Along with successfully climbing the highest mountain four times, Mr. Sherpa has climbed several other mountains as well as peaks like Mera, Island, Pisang, Lobuche, Chulu East, and many more. He climbed Mt. Manaslu (8516m), the third-highest mountain of Nepal two times in 2012 and 2017. In 2009, the same year that he first climbed Mt. Everest, he also aimed to climb Cho Oyu (8201m) and was successful. Again in 2011, Mr. Sherpa climbed Mt. Cho Oyu and in the same year, he also climbed Mt. Baruntse (7129m). In the year 2012, along with Everest and Manaslu, he also climbed Mt. Ama Dablam (6812m). His second successful climb of Mt. Ama Dablam was in the year 2014. All of his remarkable feats have added to his invaluable experiences of mountaineering and tourism in Nepal. With the mission of promoting tourism, Mr. Ri Temba Sherpa and his team at Extreme Everest Adventure are working to provide the best services for tourists who come to explore the land of the Himalayas.