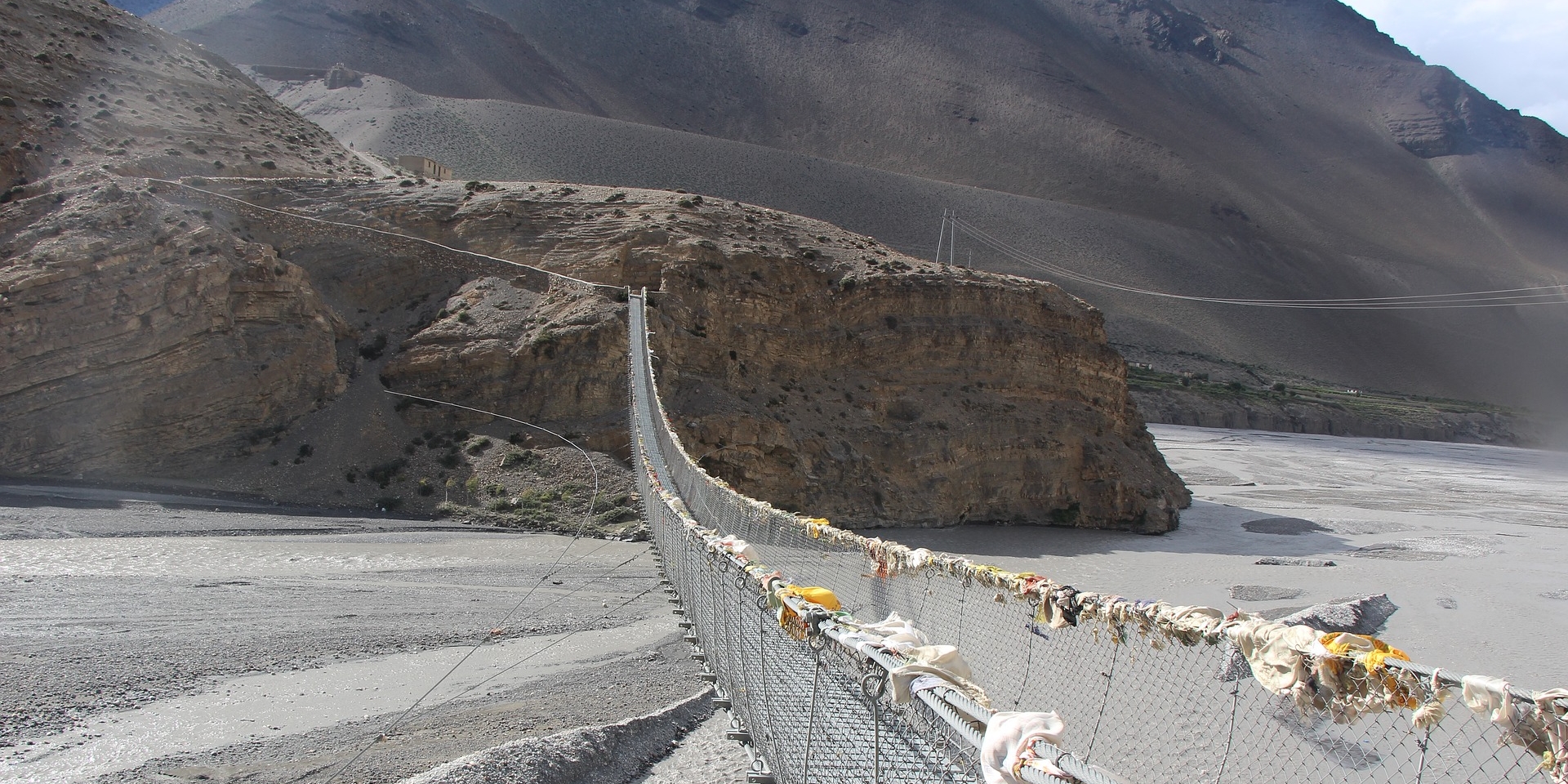 In the Annapurna region lies the Upper Mustang, which is also known as “the Forbidden Kingdom.” Ruled by a king, the Raja of Mustang, the region opened its gate to the public in the late 90s. Filled with ancient history and culture that is similar to the Tibetans, the region has minimal contact with the modern world.
Located in the Tibetan plateau, the geography and culture feel similar to that of Tibet, but in many ways, it is distinct and unique. The trek starts from Kathmandu, where you need to get special permits as the Upper Mustang is a restricted area. Then, you drive to Pokhara and fly to Jomsom, where your trek officially begins. The trail goes along the barren, yet the charming landscape of Mustang. You trek to beautiful villages like Kagbeni and Syangmochen.
Trekking deep into the Kali Gandaki Valley, you ascend to Lo Manthang, which is the capital of Mustang. Here, you get to see the palace where the king used to reside. The historic caves like Luri Cave give meaningful insight into the history of the region. There are many monasteries as well, like Ghar Gompa and Thubchen Gompa that provide more understanding of the region.
Enjoying the arid landscape with barley fields here and there, you head to Muktinath, a holy place for many Hindu and Buddhist pilgrims. Since the Upper Mustang lies in the rain-shadow area, it is favorable to trek in this region during the monsoon season as well.
With Everest Extreme Adventure, you get the best transportation and accommodation of your choice. Along with it, you can also customize the itinerary with places you want to visit. To make your trip memorable and eventful, we have the best and experienced guides and staff to accompany you.

You arrive at the lap of Himalayas, per your scheduled flight. Our representatives will be waiting to welcome you warmly. After brief introductions, you head to the hotel where you refresh and rest. Again, you meet our representatives for a welcome dinner where you can discuss the details of the trip.

Since you’ll be trekking to a restricted area, you must have the necessary permits for entry. After filling in necessary personal details, our staff will look after the rest of the procedure. In the meantime, you can sightsee some of the famous landmarks of Kathmandu Valley. You head to explore the Kathmandu Durbar Square, Boudhanath Stupa, Pashupatinath Temple, and end the day at Swayambhunath Temple, where you can see a fantastic panorama of the valley.

You wake up early and head to the bus stop to catch the bus heading to Pokhara. The drive goes along the Prithivi Highway, where you can enjoy picturesque views of the Trishuli and Marsayangdi Rivers. The bus drives past many rustic villages and towns like Mugling and Malekhu, where you can enjoy authentic Dal Bhat for lunch. Enjoying the serene views, you arrive at Pokhara Bus Park by afternoon. Head to the hotel for an overnight stay.

Early in the morning, you head to the airport and catch the first flight to Jomsom. En flight, you get to see spectacular views of the landscapes. At the airport, the local guide and staff will be waiting for you. The guide can arrange a porter for you want. Then, you begin the trek and transverse into the beautiful valley. Enjoying the austere landscape, you arrive at Kagbeni, which is a village filled with stone-roofed houses. Overnight stay at the teahouse.

The trek starts after a hearty breakfast and en route; you need to show your permits to continue the trek. After that, you walk along the banks of the Kali Gandaki River, enjoying the scenic views. The route slowly ascends to a hill, and then you reach Tangbe Village. From here onwards, you trek through farmlands filled with barley and potatoes. You can also see apple orchards. After passing a few settlement areas, you cross the river and then trek to a ridge that leads you to Tsaile for overnight stay.

The trek starts early in the early as you need to cross two passes today. As you continue to walk through the landscape, you first arrive at Taklam La Pass and then ascend to the next pass, Dajori La. The trail then descends to scenic Ramchung Cave, and en route, you get to see spectacular views of Damodar Danda, Tilicho, and Yakawa Kang. The trail continues through to Samar village, and from there, you climb a ridge to descend to Syangmochen for overnight stay.

The trek resumes after breakfast, and you ascend to Nyi La Pass. From there, you can see breathtaking views of the barren landscape. Then, you start to descend to the lower elevations. You pass by settlement areas and arrive at the village of Ghami, which is located at the bottom of the hill. From there, you steeply ascend and descend again to reach Dhakmar for overnight stay.

The trek continues after breakfast. You walk along the barren landscape and slowly ascend towards Mulia Bhanjyang. From the top, you can see breathtaking panoramas of the region. Then, you descend towards the old monastery of the area, the Ghar Gompa. You explore the monastery and understand the history of the place through the guide. From there, you head to the villages of Marang and then reach Charang. Leaving the villages, you ascend to Lo-Manthang, the capital of Mustang, for overnight stay.

Today is dedicated to exploring the picturesque and rustic Lo Manthang. After breakfast, you head to the neighboring village of Chhosar and explore the ancient cave filled with the history of the region. Then, you can head to explore the village and interact with the locals. If you have time, you can also head onto the jeep ride to the Tibetan border.

The trek begins as you retrace the steps you took to arrive at Lo Manthang. Then, you head towards the valley of Yara as you trek along the banks of the Kali Gandaki River. You arrive at a rustic village called Dhi, and from there, you cross the river to trek to another valley. Following the Puyung Khola, you arrive at Yara village for overnight stay.

Today, you will explore the Yara region. After breakfast, you trek to the neighboring village of Ghara, and from there, you arrive at Luri Cave. It is said that Guru Rinpoche meditated in this cave for a long time. Thus, this place holds sacred value to the local people. If you have time left, then you can also head to explore other monasteries and caves like Yara Gompa.

The trek starts as you descend to cross the Kali Gandaki River. En route, you also cross smaller tributaries of the river. The route slowly goes uphill and gets more leveled as you proceed. Then, it again goes downhill, and at the end of the route, you arrive at Tangye for overnight stay.

The route today goes through several small passes. After breakfast, you head to cross the river via a suspension bridge, and then transverse through the rocky and barren terrain. Then, you start to cross small passes. You then reach Chhusang for an overnight stay at the teahouse.

The route today goes uphill for a couple of hours, and when you arrive at a pass from where you can see amazing sceneries of the mountains like Annapurna, Dhaulagiri, and Tukuche ranges. From there, you descend while enjoying the picturesque views. Trekking through small settlement areas, you finally arrive at Muktinath for overnight stay

You wake up early and head to Muktinath Temple to pray. After praying and exploring, you head back to the lodge and have breakfast. Then, you trek towards Jomsom. Since this the last day of your trek in the Mustang region, enjoy your walk as much as you can, soaking in the unique views of the region. The trail leads you to the Thakali village of Lubra, where you enjoy an authentic Thakali lunch. Then, you arrive at Jomsom from where you can enjoy the views of the mountains.

You head to the airport early in the morning to catch the first flight back to Pokhara. There might be chances of delay, so it is best to catch an early flight. Enjoying the picturesque views of the mountains one last time, you arrive at Pokhara Airport, and from there, you head to the hotel for overnight stay. You join the local staff for a farewell dinner at Lakeside.

You need to reach the bus park before 7 a.m., so wake up early and have a light breakfast. After checking all your items, you board the bus heading back to Kathmandu. You again drive along the Prithvi Highway and enjoy the landscapes along with the meandering rivers. After a long drive, you arrive at Kathmandu and head to the hotel to refresh. Then, you join our representatives for a farewell dinner.

The trek has finally come to an end, and now it’s time for you to head back home. Please check if you have packed all your items with you. Our staff will make sure that you arrive at the airport as per your scheduled flight. Thank you for choosing to travel and making unforgettable memories with us. Have a safe flight! 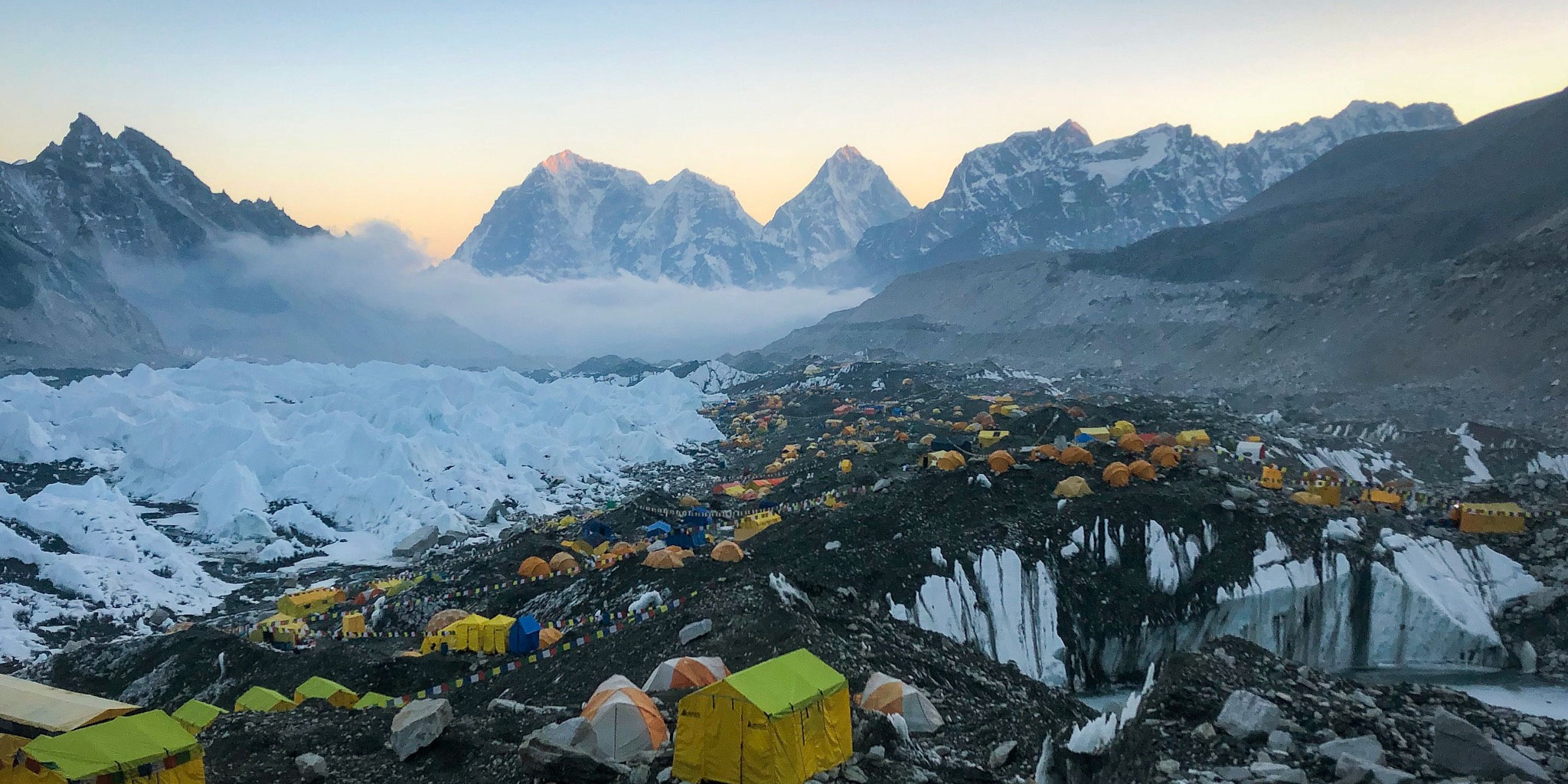 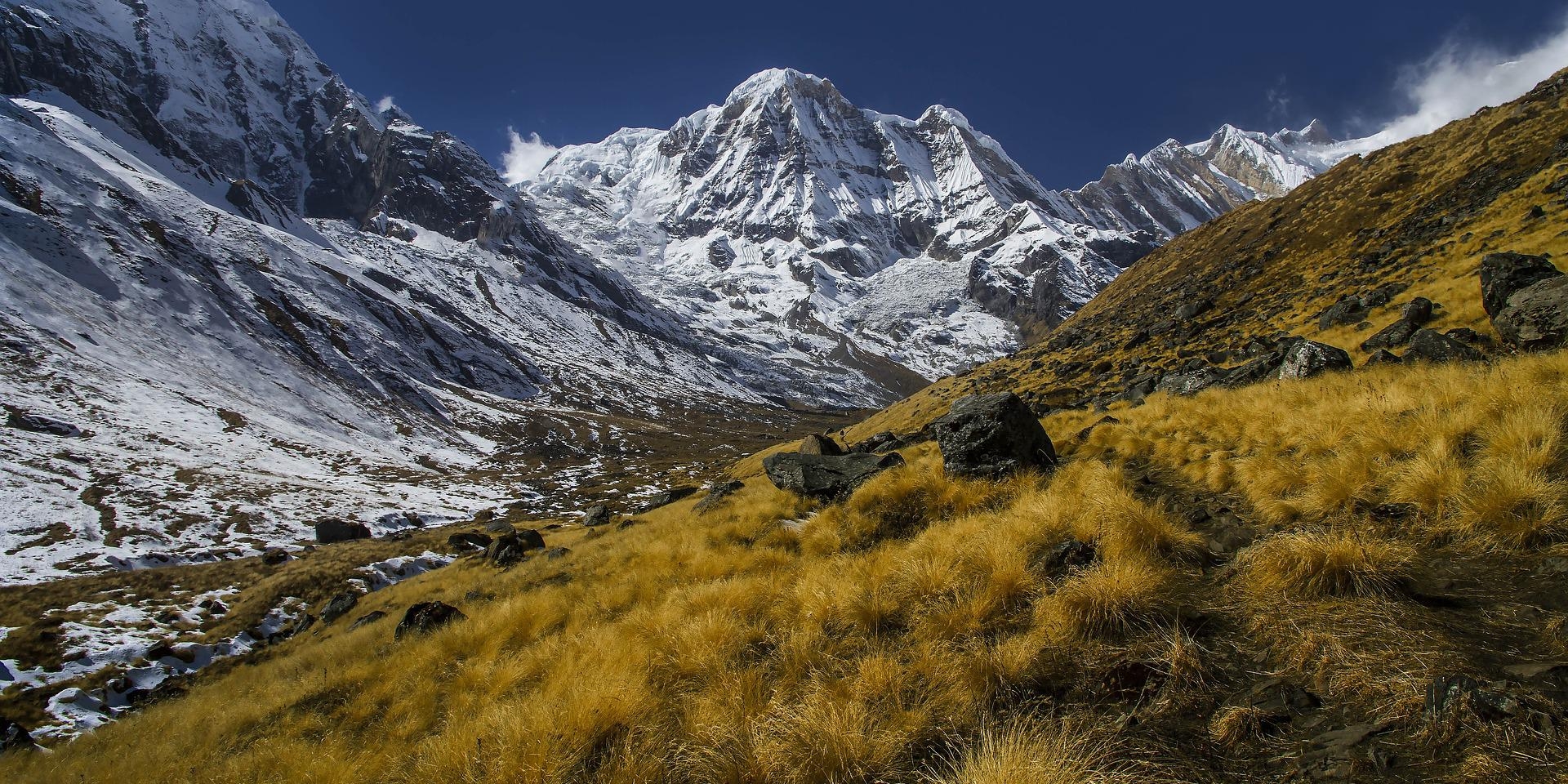